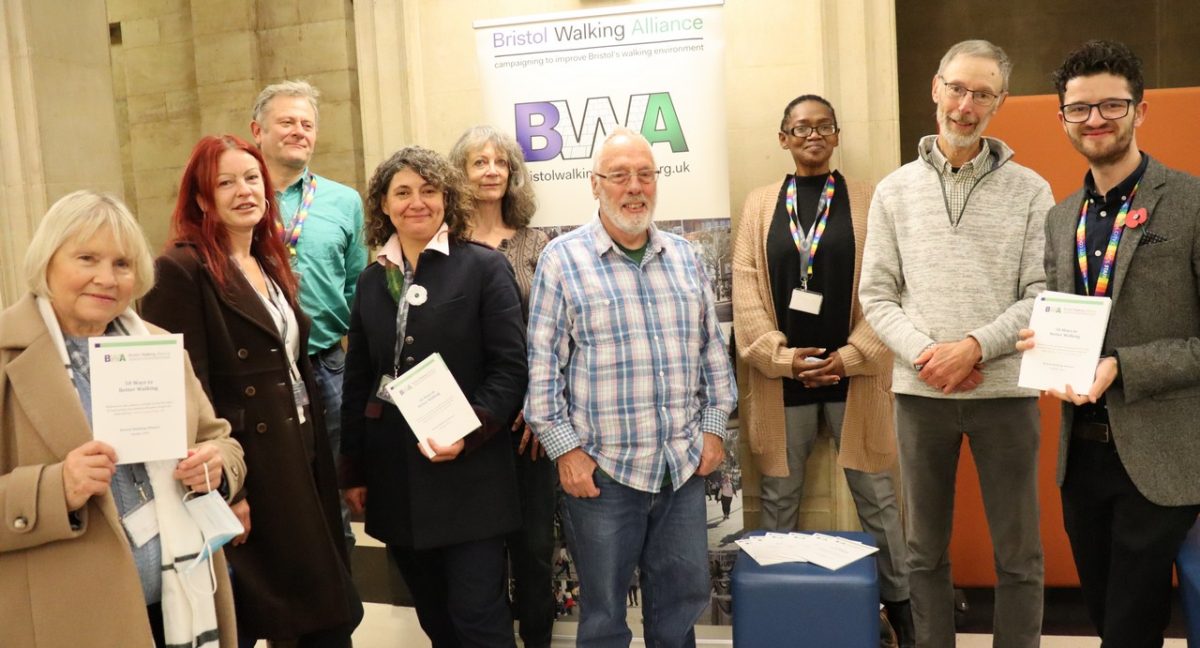 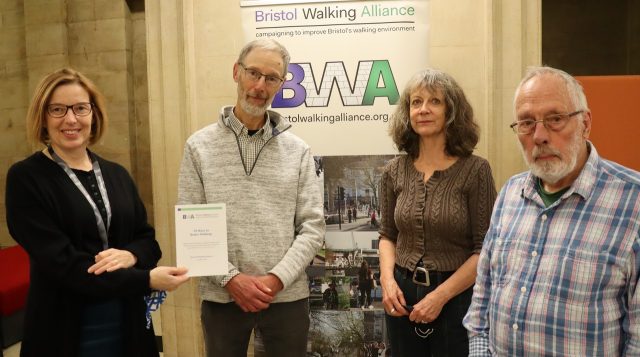 In a joint statement, the six walking champions said: “All political parties are committed to encouraging walking as the healthiest and most sustainable form of transport.  We welcome this clear account of fifty ways to transform walking in Bristol.  We will do our best to make sure the City Council and others take action.”

Alan Morris presented a statement from BWA to Full Council to accompany the launch.

Extremely excited to be presenting my take on the 3 of the #50WaystoBetterWalking that need to be prioritised from a young person’s ... perspective - Watershed on Tuesday the 24th of May!
Thank you @AllianceWalking and @briswalkfest for organising this event https://t.co/ulImcJxwLp

No.28 of our 50 Ways to Better Walking:
Identify walking as a separate mode of transport in travel reports, policy documents & transport... planning.
Good to see walking reported here: https://t.co/qBiqNPGVFH
@Sustrans "This is the first year walking has been included."
@BristolDon

Consultation on Whiteladies Rd Flood Alleviation & Footpath Scheme: https://t.co/fi38gg8lBD
Difficult issue but BWA disagrees with ... proposals to place the footway next to the busy road; & removing the cycle lane may increase cycling/scooting on the footway:
https://t.co/VRJtqVjq80

This Friday is the next Sight Guide for Leisure Walks Training at The Arnolfini.
There are still spaces available if anyone would still ... like to book
Sight Support provides local services for people living with sight loss across Bristol, Bath & North-East Somerset and South Glos